The Partnership: The goal of this project is to expand and leverage the existing grassroots, community-based coalition, managed by Gwinnett Parent Coalition to Dismantle the School to Prison Pipeline (Gwinnett SToPP) and Interfaith Children's Movement (ICM), to develop and implement a plan to reduce the number of African American males in special education classes who are at risk of being pushed out of school and into the juvenile and criminal justice systems -- a trend known as the "school-to-prison pipeline" (STPP). The school-to-prison pipeline is the funneling of children from the public school system into the juvenile and criminal justice systems, in part, due to zero tolerance school discipline policies and practices, disproportionate application of student suspensions, high stakes testing and administrative practices that adversely affect children of color, poor children and children with learning disabilities or learning differences.

According to the Georgia Coalition Working to End the School-to-Prison Pipeline in its 2015 policy publication, "Securing the Education Pipeline for Georgia's Children through Community-Empowered Local School Councils," Black students and students with disabilities are disproportionately affected by the application of zero tolerance discipline policies within the public-school system. "In Georgia, African American students are three and a half times more likely to receive an out-of-school suspension (OSS) than white students. A student with a disability is almost two times more likely to receive an OSS than a general education student." According to research, African American males comprise a disproportionate percentage of students in the school to prison pipeline, regardless of category or geographical location Therefore, we plan to mobilize and train grassroots and community stakeholders, including parents, students, faith-based, civic, business and other community leaders, to become advocates to dismantle the STPP through local, state and national action. This community empowerment will be achieved through targeted community engagement sessions, trainings and technical assistance through a community advocacy tool kit. Challenges presented by the STPP are best addressed through community-based solutions for community-identified priorities. Individuals and community leaders can influence local school policies, match community resources to community needs, identify emerging issues and come together to develop solutions.

This project will concentrate on two metro Atlanta regions. Each region will serve as a candidate for full implementation. The final region will be selected for the pilot program based on the results of the engagement receptivity of community partners and/or corresponding school systems and their demonstration of commitment to improving the educational environment within the system. 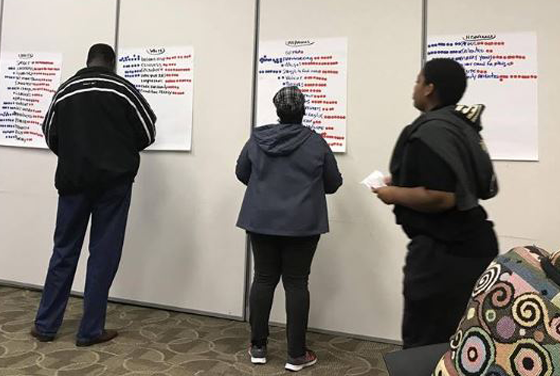 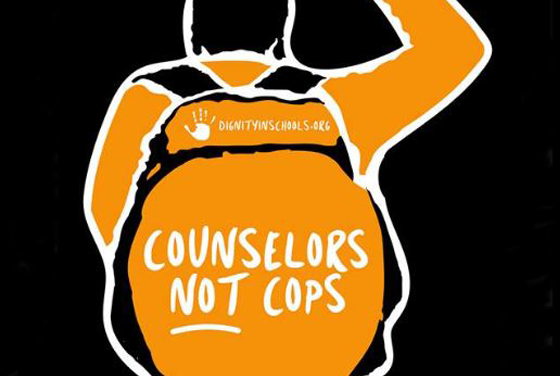 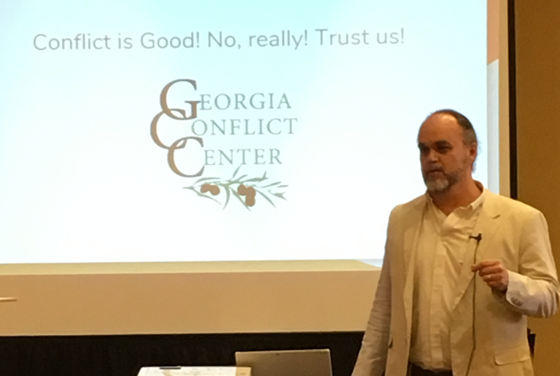 John Lash from the Georgia Conflict Center discusses restorative justice in the classroom.

Our Partners: Interfaith Children’s Movement in collaboration with Gwinnett SToPP

Interfaith Children’s Movement (ICM) was founded in 2001 in response to the adverse conditions affecting children in our state, including high rates of juvenile justice involvement, educational failure and child sex trafficking.

ICM advocates on behalf of Georgia’s children at the policy and services level by engaging faith communities in calling for justice and servicing the needs of children across Georgia. Our primary methods include:

ICM began its work on ending the school-to-prison pipeline in 2008 and held its first “School-to-Prison Pipeline” forum in 2009 at the Adamsville Recreation Center in Atlanta, GA, in collaboration with Georgia State University’s School of Social Work. Recognizing that our children’s educational success depends on their ability to stay in school, ICM further developed this effort into an ongoing statewide campaign to raise awareness of this systematic process of removing children from the formal education process in our public schools. ICM’s “Every Child A Learner” (ECAL) campaign embraces the right of every child in Georgia, especially children with developmental disabilities, to receive the highest quality public education because there’s no such thing as a child who can’t learn.

The Gwinnett Parent Coalition to Dismantle the School to Prison Pipeline (Gwinnett SToPP), is a parent-led community-centered advocacy group focused on reversing the School-to-Prison Pipeline (STPP) trend. The organization was formed in April 2007 by two parent advocates seeking to answer the growing frustration of the number of schools relying on harsh punishment, and law enforcement to address minor school misconduct. The coalition seeks to build and strengthen relationships within the community in two constructive ways:

Gwinnett SToPP works to fulfill its mission of dismantling the school-to-prison pipeline by empowering the students and parents most impacted by that pipeline to demand safe, supportive public schools. Gwinnett SToPP works under the theory that schools must be accountable to the communities they serve, and parents and students should be active participants in decision making about their schools.

Gwinnett SToPP and ICM began working together concertedly on the School-to-Prison Pipeline in 2009. The organizations' commitment and synergy have not waned. In 2010, the organizations led a joint statewide initiative with the American Civil Liberties Union of Georgia, Atlanta Community Engagement Team, Georgia Appleseed, and Georgia State Conference of NAACP for the 100 Stories in 100 Days campaign. The purpose of this campaign was to gather real-life stories and suggestions of those affected by the STPP and incorporate these stories into a statewide plan based on creative community based solutions as well as proven local and national strategies for dismantling the pipeline.

In 2012, the Securing the Education Pipeline campaign was launched by the organizations in partnership with the American Civil Liberties Union of Georgia, 2025 Black Men & Boys Network-Atlanta Community Engagement Team, and the Advancement Project (D.C.). The campaign conducted community awareness and training forums in metro Atlanta, Gwinnett County, Macon, Valdosta and Waycross to empower communities to leverage Local School Councils as a tool for dismantling the STPP.

The organizations continue to work on Securing the Education Pipeline by focusing on the prevention of the arrested learning that occurs when we suspend and expel our youngest students from school. For the past three years, the Georgia Association of Positive Behavioral Support has requested the organizations to facilitate a workshop on STPP at their annual conference