Storytelling project to highlight lives of Georgians with developmental disabilities 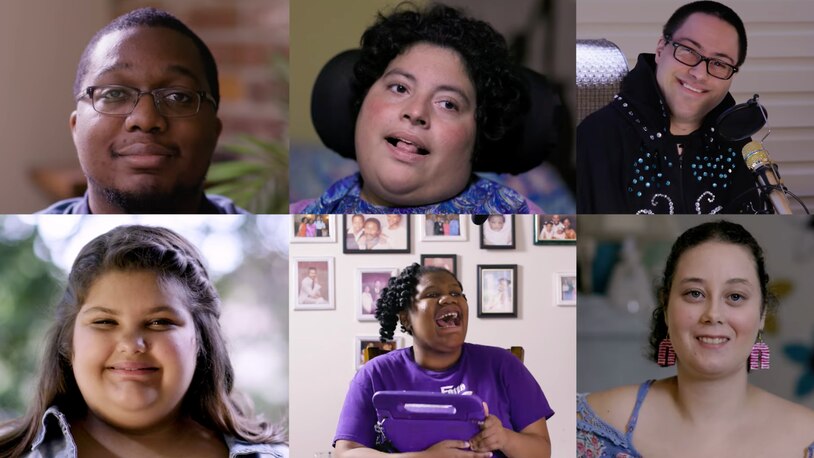 Several nonprofits are partnering to help Georgians with disabilities share their stories and highlight the importance of community for an often underserved group.

The 2021 iteration of The Storytelling Project, which is called Treasure Maps: The Georgia Storytelling Roadshow 2021, will come Saturday to Decatur and will feature life experiences from 10 people with developmental disabilities.

The event primarily consists of a short film, which allows each person to share their story in their own way, whether that’s Adnan Curry of Athens talking about being an Elvis tribute artist or Angad Sahgal of Atlanta cooking a dish he learned from his Indian grandmother. 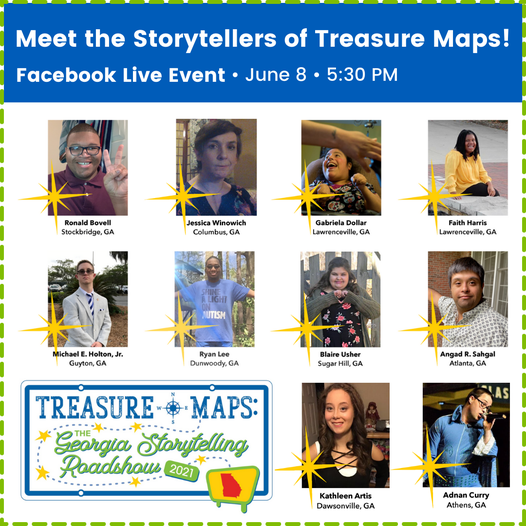 The Storytelling Project was founded four years ago to highlight the lives and challenges of disabled Georgians, especially when it comes to obtaining a Medicaid waiver. Irene Turner, the project’s director, told The Atlanta Journal-Constitution the event represents the ups and downs of living with a disability.

Decatur will be the sixth and final stop for the traveling program, which also visited Athens, Columbus and Savannah. It will be hosted by L’Arche Atlanta, a nonprofit that provides housing and community for adults with intellectual disabilities. It will take place at 9 p.m. in Legacy Park, located at 500 South Columbia Drive.

Founded in 2018 by the Georgia Council of Developmental Disabilities, The Storytelling Project focuses on Medicaid activism. Its first project combed through nearly every state Senate district to collect 100 stories from disabled Georgians. Their stories were then combined into a book that was sent to state legislators. The project has also produced a feature-length film and a two-season podcast.

Turner said the goal this year was to help Georgians with disabilities tell their stories in their own words, using whatever method best helped communicate their perspective on life. She partnered with StoryMuse, an organization that teaches storytelling techniques, to help give the 10 people their voice. In addition, it led to the name of the 2021 project.

“Treasure maps is just a play on the life map method that (StoryMuse) used because we’re mining treasure from our lives,” Turner said.

Each person spent six weeks with a story coach to craft their tale. Because the project was filmed, Turner said that gave each person more options for how to tell their story, such as Gabby Dollar of Lawrenceville.

“She doesn’t use words to communicate in a way that is readily understandable by most people, so we did her filming a little bit different, where the style is more (cinema) verite,” Turner said, referencing a French documentary technique. “We kind of followed her along in her day a little bit and tell her story that way.”

The Medicaid advocacy aspect of the project will still be front and center. Turner said they’ll have materials for people to apply for the state’s waiver waitlist, which she said already includes thousands of waiting applicants. She also mentioned advocating for a recently failed Senate bill, which would have fully funded all pending waiver requests within five years.

“It can take a decade for someone to actually get a waiver,” she said.

The Decatur event, which is expected to last about 90 minutes, will feature live music, art vendors, snacks and desserts. It will also feature computer assisted real-time translation and American Sign Language. Registration is free and available at story-collection.gcdd.org/treasure-maps.

The original article ran in the Atlanta Journal/Constitution on July 8, 2021.