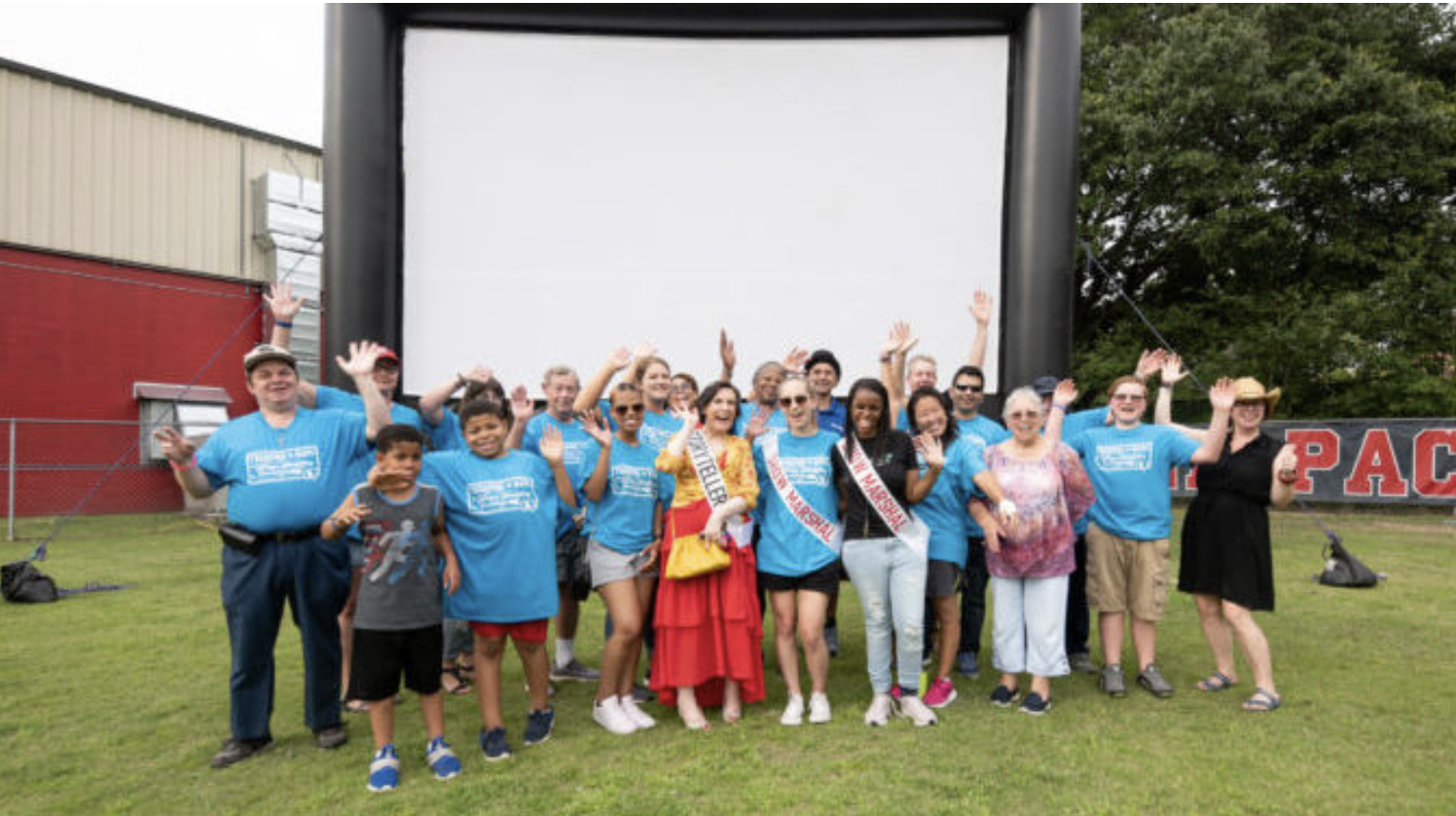 Decatur, GA — Treasure Maps: The Georgia Storytelling Roadshow is coming to Decatur next week. The newest iteration of The Storytelling Project is a partnership between the Georgia Council on Developmental Disabilities, L’Arche Atlanta, StoryMuse and Resurgens Impact Consulting. The project will end its six-city tour on Saturday, July 10, at 7 p.m. at Legacy Park, 500 S. Columbus Drive.

Treasure Maps is a series of pop-up, interactive, outdoor theaters across Georgia. The show is a collection of short films showcasing 10 Georgia storytellers as they provide an up-close, personal viewpoint into their experience navigating life in their communities as a person with a developmental disability, said Irene Turner, Storytelling Project director.

The Treasure Maps show will feature art vendors who have a disability, snacks and desserts from BrewAble Cafe and Just Bakery, and an appearance by the Seed and Feed Marching Abominable band. The Treasure Maps movie will be shown at 9 p.m. Entertainment before the movie and during intermission will be provided by Founder and Creative Director of StoryMuse Shannon Turner, Jim Burress of WABE and show marshal Bethany Stevens, according to a press release.

Tickets are free and can be reserved here.

“The primary objective of this project is to provide a virtual stage for the important stories of people with developmental disabilities, inviting their stories in from the margins to the center of our communities,” Shannon Turner said in the press release. “But an equally important component is to provide education and advocacy to the general population and legislators around the Medicaid waiver, a vital funding structure which supports the lives of people with developmental disabilities so they can live independently.”

The Storytelling Project was created three years ago by the Georgia Council on Developmental Disabilities and L’Arche Atlanta to increase public awareness and motivate Georgia legislators to better serve this underserved community. The project hopes to expand cross-sector allies and garner voices of support by providing living portraits of individuals struggling to the receive Medicaid waiver.

There are about 7,000 Georgians on the Medicaid waiver waiting list. While waiting, people can live in exacerbated poverty, isolation and emotional and physical distress. People with disabilities who receive the Medicaid waiver have jobs, their own housing and full community integration, according to the press release. Treasure Maps aims to paint a fuller picture of the lives of these Georgians.

The original article ran in Decaturish and the Best Brothers Group on July 2, 2021.

It also ran in What's Happenning this Week in Decaturish on July 6, 2021.